Change is the Only Constant in Life

There’s an expression we use a great deal at BlueConic: we’re built for rain. Our ‘hero’s journey’ began with our founders in Holland, so it makes sense that they -- and now we --would adopt that sort of ethos. Those glorious Dutch Tulips are definitely a result of that steady Dutch rain. Can’t have one without the other.

My Dutch colleagues also love all things racing. Cycling, speed-skating, and especially Formula One. It’s kind of counter-intuitive on a level. Rain seems like the biggest obstacle to racing. Not in their minds. In fact, not at all.

Around our BlueConic offices we have posters and screen savers in our conference rooms of the Brazilian F1 legend, Ayrton Senna.

“You cannot overtake 15 cars in sunny weather….but you can when it’s raining.”

This is the insight. All elite racers have technical fundamentals and a love of speed. Some, however, are more comfortable with discomfort—in this case rain. It’s when the weather turns that a special few separate from the pack while others fall behind when the track is less sure beneath them.

Some companies are more built for rain than others. That’s us. That’s our client partners. That’s now.

Across the globe, smart pundits across the ideological spectrum are seeing gathering storm clouds resulting from political unrest, social stratification, environmental collapse, energy constraint, supply chain challenges and more on a scale certainly not seen in this century and seldom seen even in the oh-so-tumultuous last one.

Rather than lamenting or retreating (seldom possible in reality) from the approaching storm, do as Senna did and spy the opportunity before you.

Use the wet and (head) winds to find another gear.

If we look to the pandemic years of 2020-2022 as a guide, there are many companies which had survived if not thrived for decades which did not make it even a couple quarters of quarantine. Some of these causalities were large multinationals. Some were that neighborhood pub, coffee shop or other local fixture that had been there forever and you assumed always would be. Some denied change was afoot until it was too late. Just because you close the shutters does not mean it’s not raining.

In many cases, little could be done. If you’re a sit-down restaurant and people are unable or unwilling to venture outside their homes, it’s obviously problematic. Similarly, if worker mobility is equally constrained, a hurt locker difficult to pull out of is probable if not inevitable. Having said that, similar companies with a greater technical infrastructure were successfully able to pivot towards take-out, delivery and other low-touch, no-touch forms of engagement. The very same consumers who would have laughed at the prospect of not using cash for their burger, beer or black coffee now happily swiped, tapped or even ordered and paid in-app for a fully contactless experience.

These companies took near-immediate action, stabilizing operations and retrenching on customers, user experience and contextual utility. These were different times. Products and services must be produced and delivered accordingly. In that context, during the pandemic people thirsted for information on what was a new and typically misunderstood topic. Several media companies quickly discovered that they could do well by doing good (in fairness, many others discovered that they could do well by doing bad to their everlasting shame). From large publishers like The Atlantic to smaller regional ones like Northwest Arkansas Democrat Gazette, paywalls were able to be lowered for content relating to public safety and Covid-related information for known customers. They also made this relevant (and vitally important) information available to previously unknown anonymous customers in exchange for just an email, building up a database which could be leveraged as an asset post-pandemic (there is a post-pandemic, right?) while being an asset to the community right now.

People with foresight coupled with systems of agility can do remarkable things very quickly when the chips are down. Understanding what your customers need in the moment and delivering (and in some cases overdelivering) for them is the bedrock of long-term success.

Perhaps you’re thinking size is the determinant of adaptability and success. Not so fast. Just as my adopted F1 team McLaren spends plenty of money with few podiums to show for it, success has less to do with how much you have and more to do with how you deploy it.

Case in point is Belgian Cycling Factory. BCF is Belgium’s largest cycling company. While it’s far from a local small business, it’s clearly not a consumer-facing behemoth like Starbuck’s either. BCF is as fast on its feet as consumers are on their bikes and that made all the difference.

During the pandemic as its retail channels struggled as most did, BCF stood-up a DTC e-commerce platform in about a week. Talk about entering the passing lane as the rain begins to fall. With this new site came not only life-sustaining revenue, but also game-changing data. Gathering this kind of information informed BCF’s ability to create segments and engage similar kinds of people with similar kinds of recommendations on similar kinds of bikes. The more customers bought, the smarter those recommendations became.

This virtuous cycle (see what I did there?) was so successful, BCF created more demand than they could supply. They completely sold out. Instead of flipping the sign on the e-door from “Open” to “Closed”, BCF once again played in the rain.

They didn’t have product to sell at the minute, but they did have something else of enormous value.

In just a few short months (which undoubtedly seemed anything but short to them at the time), Belgian Cycle Factory morphed from cycle makers to cycle sellers to cycle whisperers. Like their bicycles, data is meant to be ridden, not stored. And ride it they did to new forms of customer engagement and satisfaction unimaginable when the sun was shining. Data is also meant to be shared. BCF is now able to share trends and insights with their retail partners as they got back on their bikes, enabling them to engage BCF customers more thoughtfully as retail doors were once again flung open.

Rain or shine, let’s make our move. We’re built for this. 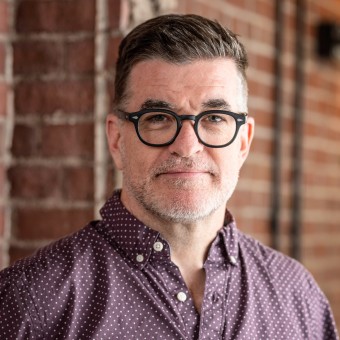 About Patrick Reynolds
Patrick Reynolds is Chief Marketing Officer at BlueConic. Prior to BlueConic, Patrick led marketing for Mastercard’s Data and Services business unit. In 2019 Mastercard acquired SessionM, a Boston-based Loyalty platform where Patrick was Chief Marketing Officer. Prior to SessionM, Patrick ran marketing and strategy for two successful startups in the streaming audio industry. He also has client-side experience as CMO of a publicly traded retailer and has held multiple leadership positions with leading international advertising agencies. Patrick has contributed articles on digital transformation to Forbes, TechCrunch, and VentureBeat among others, and spoken at CES, NAB, and SxSW. He is a graduate of St. Bonaventure University.
Our Newsletter

Subscribe to our newsletter & get industry insights delivered monthly.

With no more inventory to offer until 2022, how could Belgian Cycling Factory (BCF) pivot, yet again, to drive company and customer value?

Find out how technology can bring personalization to life.